HANDLING AND PREPARATION OF COLONIES STORED INDOORS:  THE "INS" AND "OUTS"

By Brandon Hopkins
"INS"
While this publication is intended to provide some information on storage conditions and information on the buildings used for storing bees; that information and management is relatively very simple compared to the months of work preparing colonies before placing the hives in a building.

Commercial beekeepers who are accustomed to transporting colonies to warmer climates for winter storage might be used to having the time and ability to “fix” colonies during this period. Some operations reportedly use the time when colonies are in California holding yards to combine weak colonies, feed light hives, feed protein supplement to maintain brood production, treat for Varroa mites. None of these approaches are options if colonies are bound for indoor storage.

IF they are needing to go into the building in November with good weight, young healthy bees, and low Varroa levels; those conditions need to be considered months ahead of closing the doors on them in October or November. The most critical factors for success with storing bees indoors are the actions and decisions made in August and September. Decisions on when to pull honey affect colony weight and when Varroa treatments can occur. September and October can provide time for adding weight but October is too late to produce the needed “healthy young bees”. Most “winter bees” (the bees needed to survive 4-5 months) are produced in September or even August. This means you don’t want your winter bees parasitized by Varroa mites and infected with viruses during larval development. To get those healthy young winter bees, colonies need good healthy queens combined with low Varroa levels. If colonies need to be fed it should be done early enough so the weather allows colonies to consume any protein supplement and/or take the syrup and remove excess moisture from honey stores. 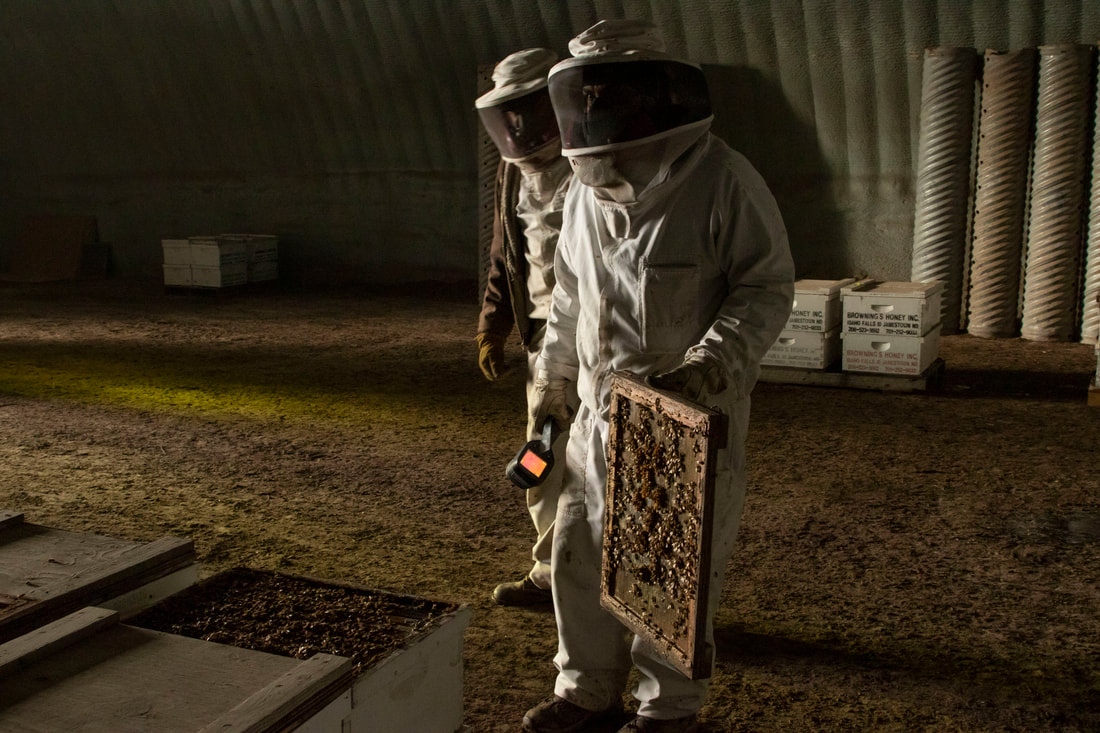