POTENTIAL FOR VARROA CONTROL IN COLD STORAGE:  A REVIEW

By Kelly Kulhanek
One area that has the potential to maximize the benefits of indoor storage is Varroa control. Two aspects of indoor storage make it a great opportunity for effective Varroa treatment. First, the colonies are kept in a dormant state, preventing them from producing brood, meaning any mites left in the colony are in an exposed position on adult bees. Second, hundreds or thousands of colonies together in an enclosed space present the opportunity to treat an entire operation in one event. A few treatments that may be effective in this situation are discussed below. Additionally, the timing of indoor treatment may result in improved colony health and reduced labor inputs once colonies reach almond orchards.

Since Varroa first arrived in the US over 30 years ago, it has plagued beekeepers. However, in the last decade or so, it seems mites and their associated viruses are causing more damage. Where colonies used to withstand relatively high Varroa loads, now even small numbers of mites are detrimental to colony health. More mite treatments and higher doses are often deployed. Mites have developed resistance to once popular chemical treatment options (Fluvalinate, Coumaphos), and it may be a matter of time before current favorites become ineffective (2). Beekeepers are continually searching for methods to make their treatments more effective, and to reduce cost and chemical inputs into colonies. 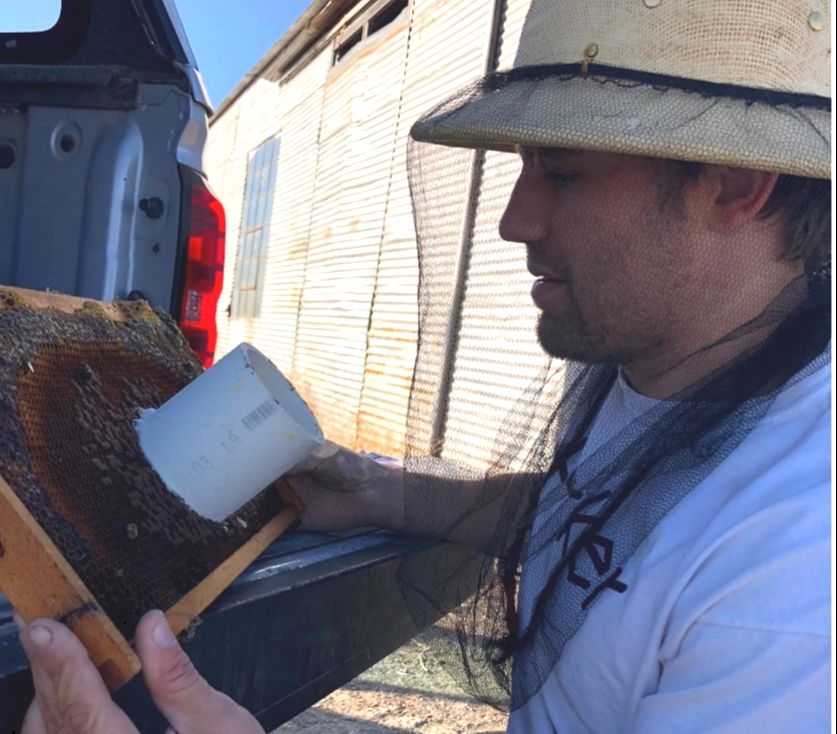 Enter: the brood break. A brood break refers to a period of time where a colony is without capped brood. Brood breaks are relevant to Varroa control because in the presence of capped brood, up to 80% of the mite population can live under brood cappings at any given time. Within capped brood, mites are shielded from some of the effects of chemical treatments, meaning each treatment has a smaller impact on the overall mite population in the hive. Recently, researchers and beekeepers have begun to investigate the potential of timing chemical treatments with brood breaks to maximize treatment effectiveness. It has been shown that oxalic acid drip treatments are more effective when combined with a broodless period (3, 4). Oxalic acid is often used in the early winter or early spring when the colony is naturally broodless or brood area is greatly reduced. One of the benefits of indoor storage is that the controlled climate eliminates fluctuations in temperature that might otherwise be experienced for outdoor colonies. This means the broodless period can be reliably maintained to fit the beekeepers schedule. Applying miticides while colonies are reliably broodless could increase their efficacy and reduce the need for additional treatments later in the season.

​In addition to indoor storage creating the necessary conditions for a broodless treatment, the enclosed atmosphere and control over ventilation introduces the possibility of bulk fumigation. Varroa treatments could be fumigated into the storage facility, effectively treating huge numbers of colonies with very minimal labor. The only existing study on indoor fumigation was performed with formic acid. The authors found that the dose of formic acid required to achieve sufficient Varroa control resulted in a costly increase in queen mortality, and stated that the method needed fine tuning before it would be applicable in a commercial operation (5). However, today the most common fumigant used for Varroa control is not formic acid, but oxalic acid. Oxalic acid has much fewer documented issues with queen mortality in the field. It is conceivable that oxalic acid vapor would be an effective treatment in an indoor setting. The logistics of using this large a quantity of dangerous fumigants in a new setting are still unknown; the label currently restricts the use indoors, but future work will investigate the feasibility of this method. But the potential for reduced labor costs make this avenue worth investigation. 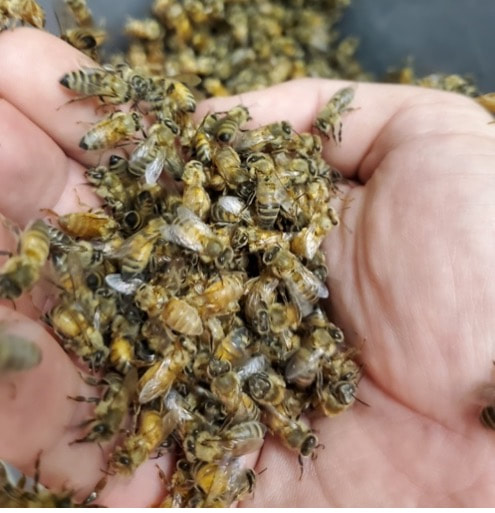 While most of the time saving benefits of indoor fumigation may occur if chemicals can be pumped into entire storage facilities, the first step towards this is to verify that the timing of indoor fumigation provides sufficient Varroa control throughout almond pollination. This can be done through oxalic acid vaporization of individual stored colonies. While the labor involved in this method would not be much different from oxalic acid vaporization in outdoor apiaries, the timing of treatment in storage could be beneficial. Colonies treated while still in storage would arrive to holding yards in California with low mite loads. This means one less thing on the beekeeper’s holding yard “to-do list”. Further, bringing clean colonies into holding yards could ensure that densely packed colonies do not infect each other with mites via robbing or drifting. It has been documented that drift is high between colonies immediately after indoor storage, and after transportation to California (6, 7). By treating hives before they arrive in California, mite transmission could be inhibited and labor necessary in the holding yard pre-almond pollination would be reduced. However, because indoor treatments would be performed days or weeks earlier than holding yard treatments, studies must be done to ensure that the effects of the treatment last long enough to ensure healthy colonies throughout almond pollination.
While many beekeepers already utilize indoor storage as an overwintering tool, the potential for Varroa control is an exciting possibility. With funding support from Project Apis m., the Hopkins lab is currently planning to investigate the feasibility of indoor fumigation in upcoming studies. Stay tuned for results of ongoing and future studies on various benefits of indoor storage 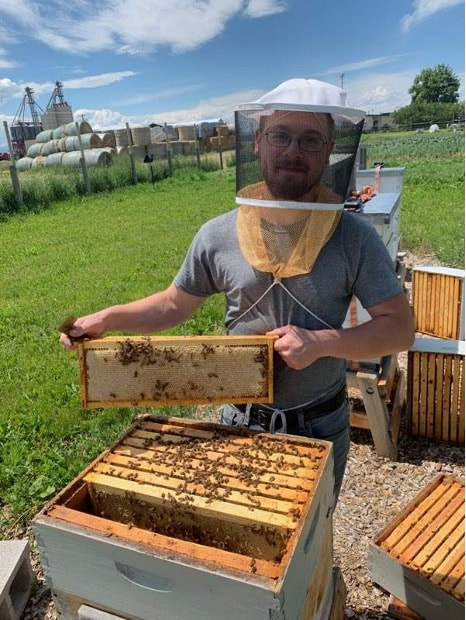